an easy recipe celebrating the favorite flavors of Fall 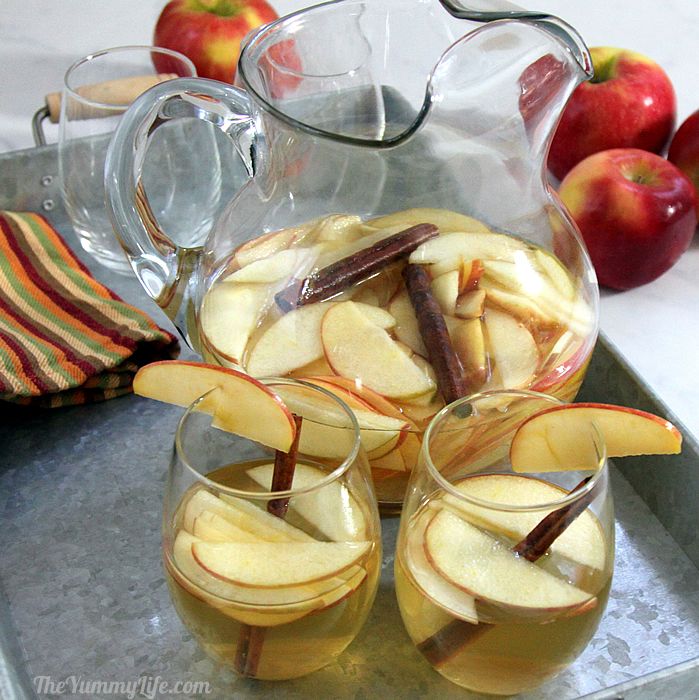 
Directions
Combine ingredients in pitcher or jar, cover, and refrigerate at least 4 hours; a day ahead is even better. Keeps for 3-4 days.

To serve, stir well, use tongs to remove a few apple slices and add to glasses. Pour sangria into glasses and enjoy. Add a cinnamon stick, if desired.

Makes 5 cups (not including apple slices).

May be doubled, tripled, or more, to make a big batch; serve in punch bowl.

Whipping up a batch of sangria is one of the easiest ways to make a distinctive cocktail-type drink. Traditionally a combination of wine and fruit, sangria has taken on countless variations in recent years. This recipe deliciously celebrates the favorite flavors of Fall--apples, cider and pumpkin spice.

I concocted this recipe last Fall for a party. It was such a hit that I continued to make it throughout the holiday season. It's so quick to mix up a batch of this to keep on hand in the fridge or make ahead to serve at parties. You can even make up a double or triple batch (or more) and serve it in a big punch bowl.

My variation on an autumn sangria has the traditional bottle of wine, with the addition of a bottle of hard apple cider. In case you're unfamiliar with it, hard cider is regular cider that has been fermented so it is carbonated and alcoholic. It's usually shelved with beer in grocery and liquor stores; in fact, hard cider bottles can easily be mistaken for beer bottles--same size and color.

I also add some spiced simple syrup to this sangria recipe to add both sweetness and a hint of seasonal spices. You can adjust the amount of the syrup according to how sweet you like your sangria. 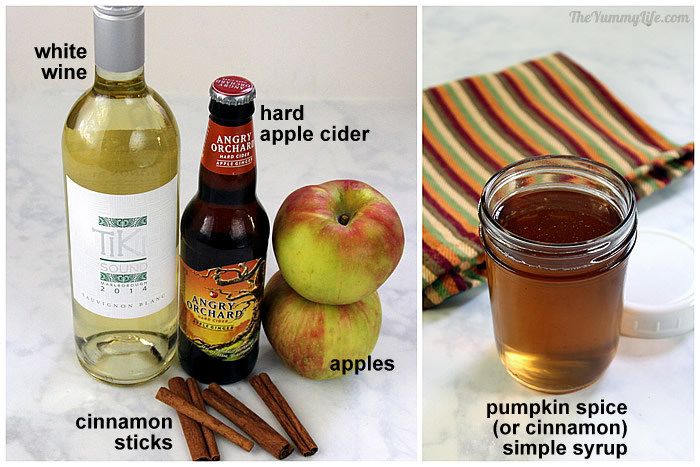 Step 2. Slice the apples as thinly as possible. First cut off the sides of the apple, top to bottom, next to the core. Place each piece cut side down, and cut into slices that are no thicker than 1/8". 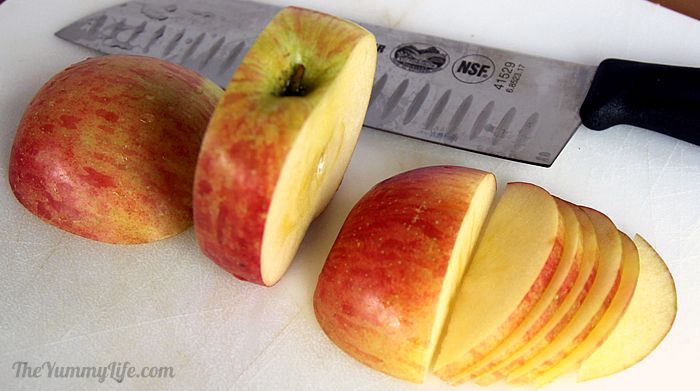 Step 3. Add the ingredients to a large pitcher or jar, and stir to combine. 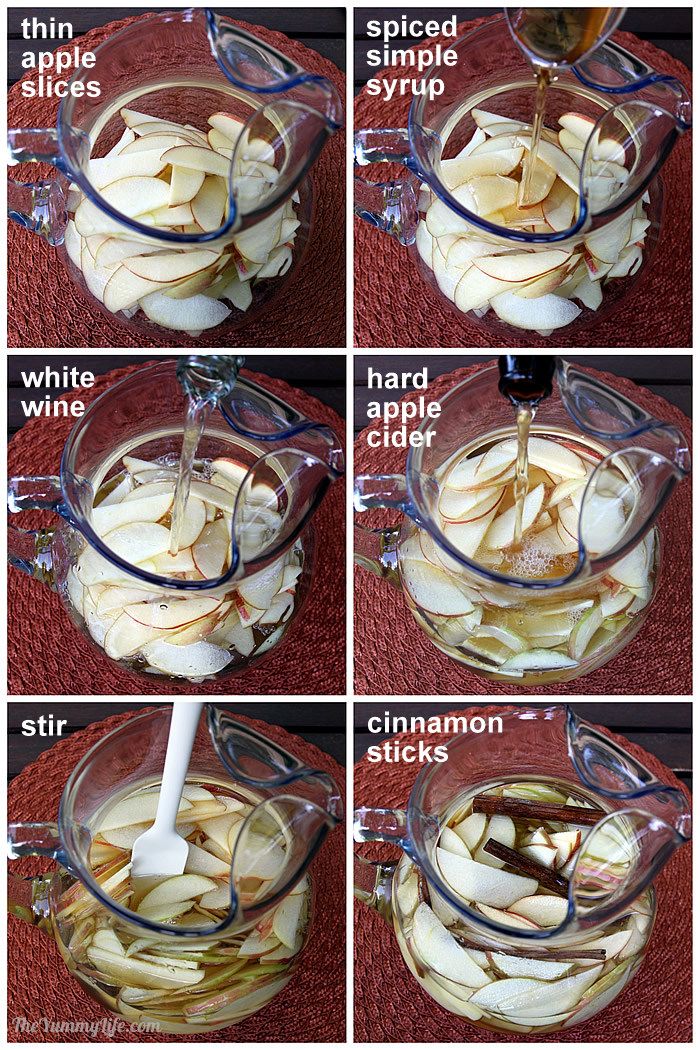 Step 4. Cover the pitcher or jar and refrigerate for at least 4 hours. If you have time, mix the sangria a day ahead. The flavor improves the longer it sits in the fridge. It will be good for several days--if it lasts that long! 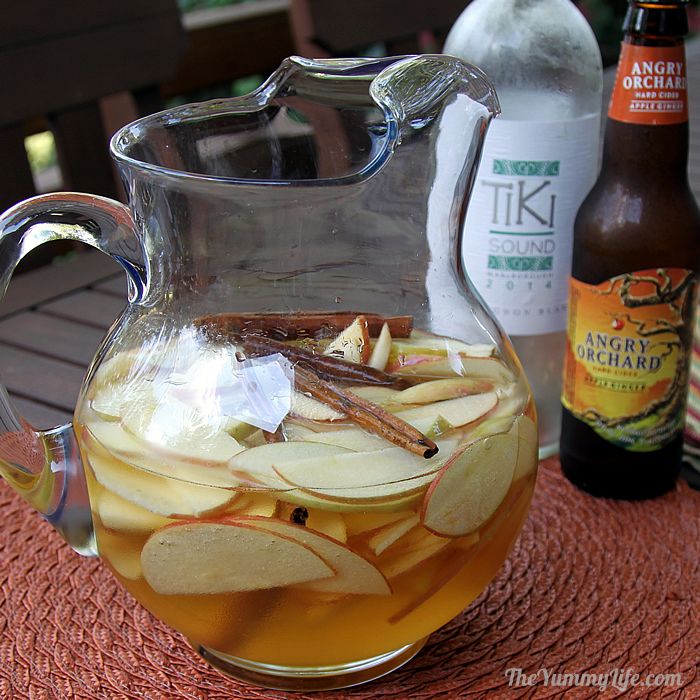 The flavor from the cinnamon sticks and spiced simple syrup continue to infuse the wine, cider and apples as the mixture sits. The longer the better, as far as I'm concerned! 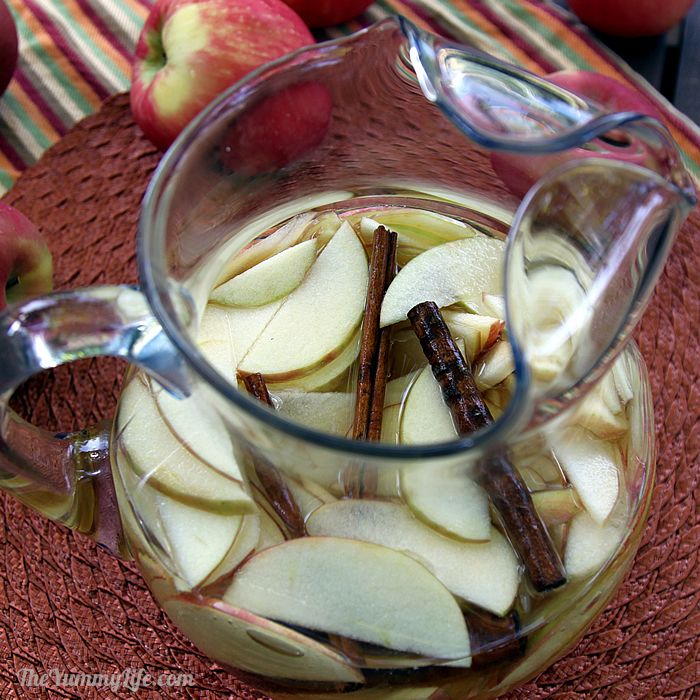 To serve the sangria, first use tongs to put a few apple slices in each glass; then pour in the sangria. Add a cinnamon stick to each glass--a garnish that doubles as a stir stick. Not only is the wine mixture delicious, but the apples also taste amazing after they've marinated for awhile. So good! 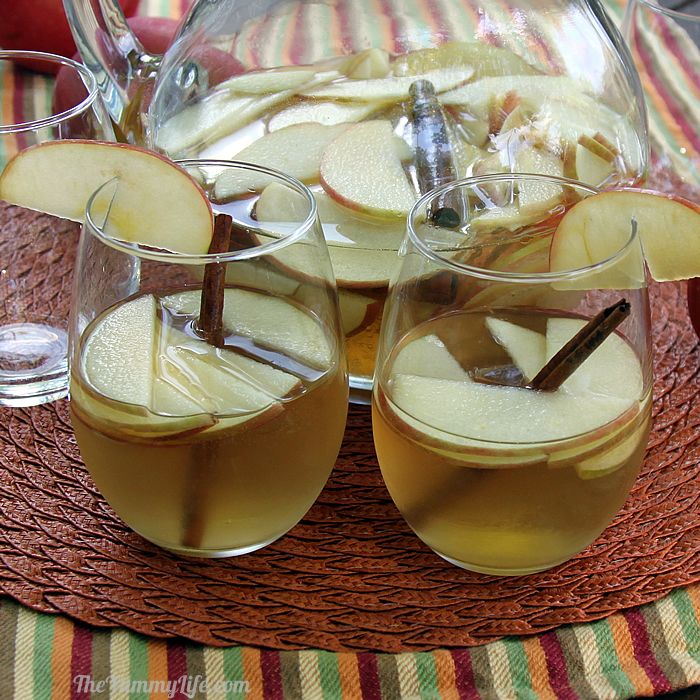 Although I normally serve sangria to guests from a pitcher, most of the time at home, I make it in a big half-gallon mason jar. It fits easily in my fridge, is easy to shake, and the flip-top lid makes it easy to neatly pour a glass. 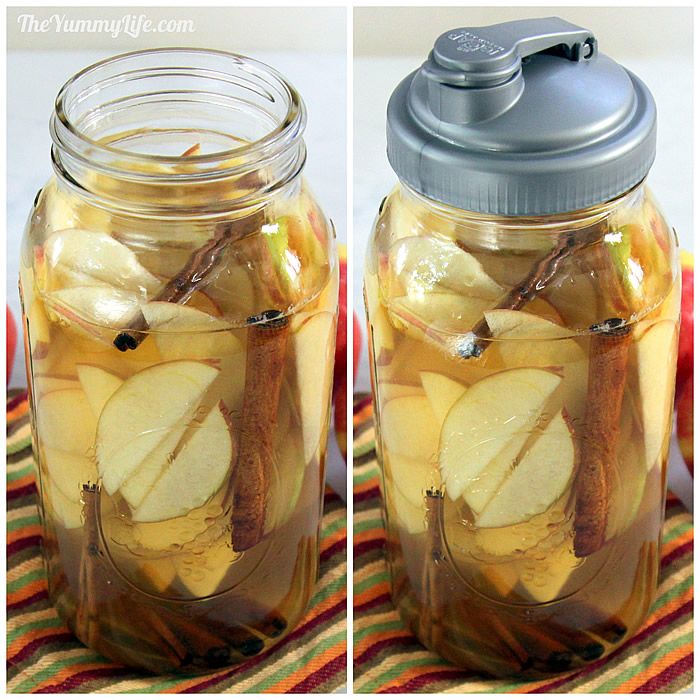 This sangria is a festive, seasonal drink to enjoy throughout the holiday season. I love the convenience of being able to make a big batch the day before a party. I make a triple batch for parties and serve it in a punch bowl. Always a crowd pleaser! 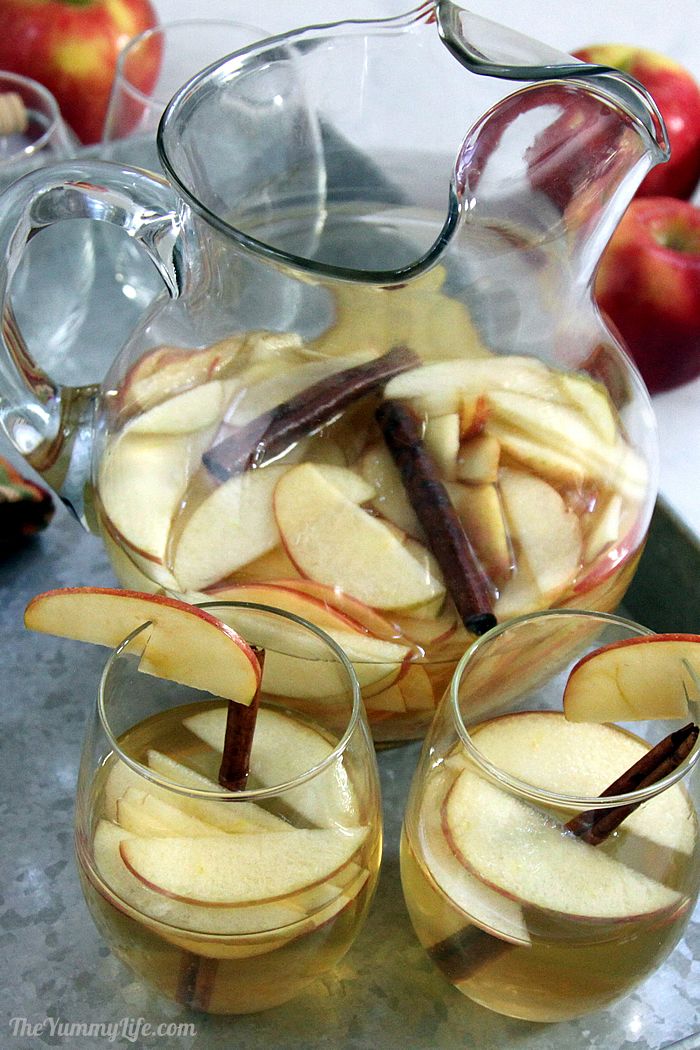 Apple Cider Sangria
By Monica              Servings: 4-6 servings
Ingredients
Directions
Combine ingredients in pitcher or jar, cover, and refrigerate at least 4 hours; a day ahead is even better. Keeps for 3-4 days.

To serve, stir well, use tongs to remove a few apple slices and add to glasses. Pour sangria into glasses and enjoy. Add a cinnamon stick, if desired.

Makes 5 cups (not including apple slices).

May be doubled, tripled, or more, to make a big batch; serve in punch bowl.


Spiced Apple Cider Sangria is an easy, make-ahead cocktail-type recipe celebrating the favorite flavors of Fall. It's a delicious and simple blend of white wine, hard cider, apples, and pumpkin spiced syrup. Make a big batch for Halloween, Thanksgiving, Christmas and holiday parties. The marinated apple slices are as yummy as the sangria--what a combo! From The Yummy Life.


Home    |    Recipes    |    Archives    |    About The Yummy Life    |    Contact
We are a participant in the Amazon Services LLC Associates Program, an affiliate advertising program designed to provide a means for us to earn fees by linking to Amazon.com and affiliated sites.
Privacy Policy - © 2021 The Yummy Life - All rights reserved