A classic recipe and family favorite for generations 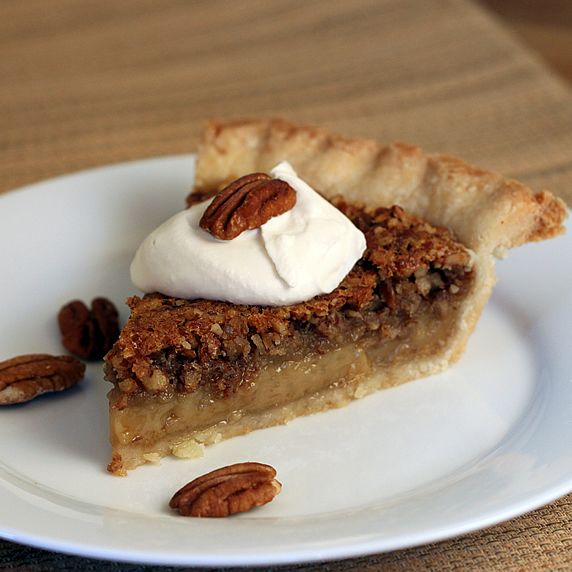 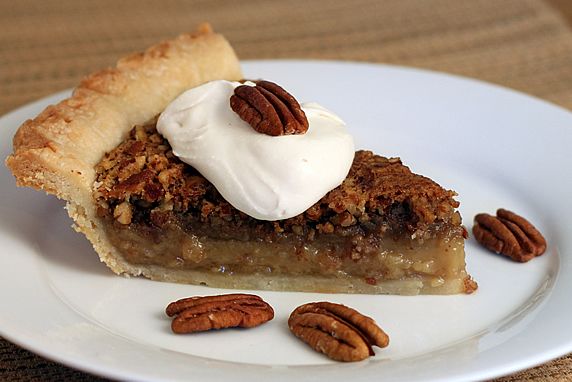 This is my Grandma's recipe--an old time family favorite.

This is my Grandma's pecan pie recipe. I've been eating it all my life. Grandma taught me how to make it, along with her pumpkin pie, when I was in high school. Her pecan and pumpkin pies are the only two pies that I make for Thanksgiving. Always. When I put Grandma's pies in my oven first thing on Thanksgiving morning, I feel like I'm back her kitchen cooking with her. I love that about recipes that get passed through the generations; especially on holidays.

My family loves my pecan pie; especially King-Man and Bracken. But to me it can never taste quite as good as Grandma's.  Maybe it's because she used pecans she gathered and shelled from the pecan trees in her massive garden and orchard, and I buy mine from the grocery store. Maybe it's because she cooked her pies in her country kitchen and everything that came out of her memory-filled kitchen simply tasted better.

Here's my Grandma on her 90th birthday in Abilene, Texas in 1992. She passed away a couple of years later. Her name was Ruby, and she was a real gem. 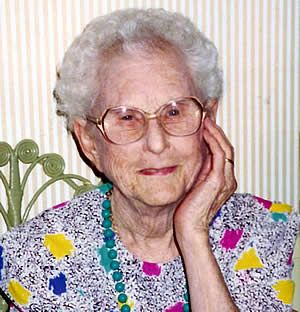 This is a classic pecan pie recipe, and is really easy to make. Some people prefer to use pecan halves without chopping them, and I do think the finished pie looks prettier that way. However Grandma always chopped her pecans pretty small. That makes it much easier to cut clean pie slices (it's hard to cut through the pecan halves evenly), and Grandma would say it's "better eatin'" when the pecans are chopped. 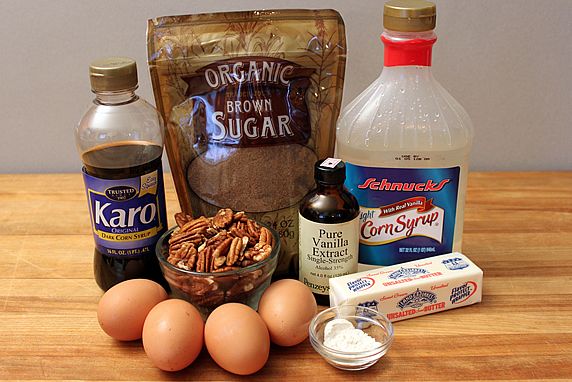 Step 2. Chop the pecans and melt the butter in the microwave. Set these aside; they get stirred in at the end. 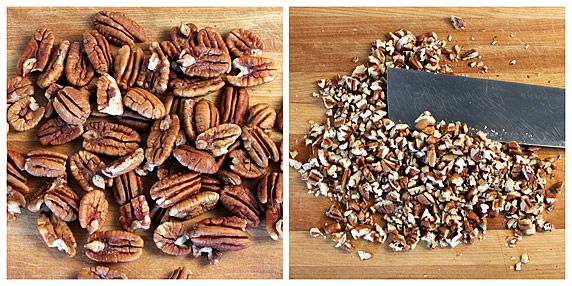 Step 3. In a large bowl, combine the eggs, corn syrup, brown sugar, flour, and vanilla, and beat well with an electric mixer--about 1 minute. 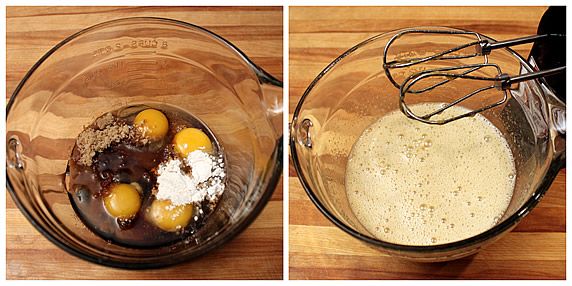 Step 4. Stir in the pecans and melted butter and pour into a prepared pie crust shell.

view my pie pan on Amazon
(rated #1 by Cooks Illustrated) 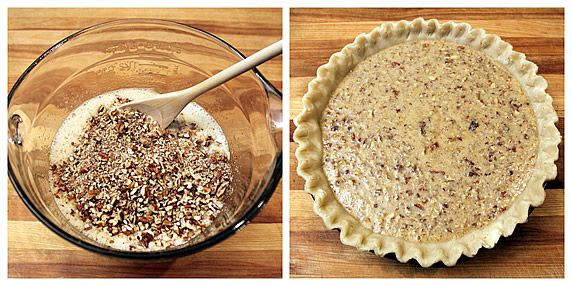 Step 5. Bake until the pie is puffed all over, golden brown, and firm in the center (when you jiggle it gently, there should be no sign of liquid in the center).

My all-time favorite pie gadget is the pie crust shield pictured below. For years, my crusts would burn before the pie was cooked. I tried putting aluminum foil around the edges, but it was a pain because it fell off too easily. There are other pie shields I tried that were several metal pieces that can be rested around the pie crust edge; again those easily fall off. This one-piece pie shield is the best; simply rest it on top of the pie crust and it stays put. No more burnt pie crusts! I love these so much that I've given them as gifts many times. 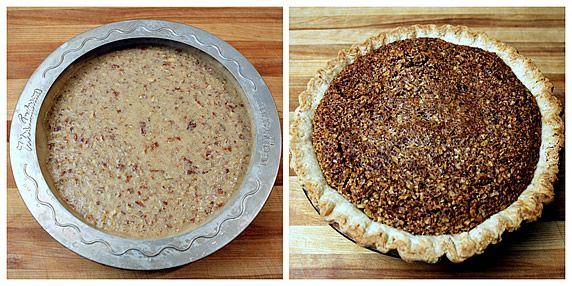 Here's a slice of Grandma's pie, a.k.a. a little slice of heaven. 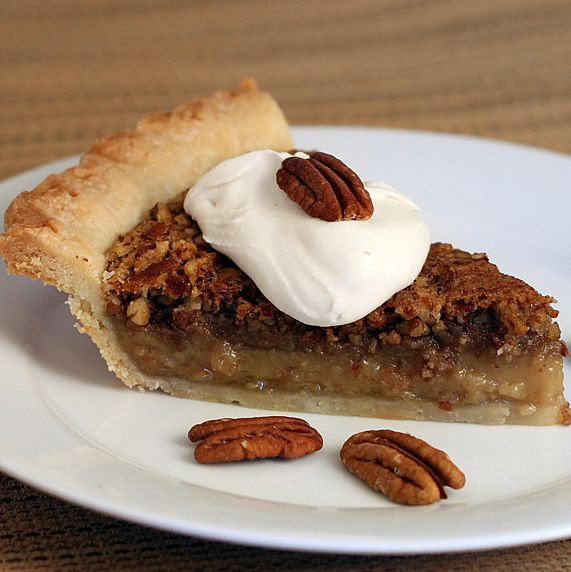 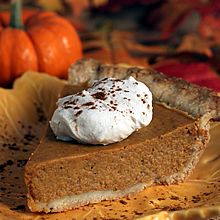 
Home    |    Recipes    |    Archives    |    About The Yummy Life    |    Contact
We are a participant in the Amazon Services LLC Associates Program, an affiliate advertising program designed to provide a means for us to earn fees by linking to Amazon.com and affiliated sites.
Privacy Policy - © 2021 The Yummy Life - All rights reserved